CANBERRA, Australia — Australia’s highest court Wednesday dismissed an intellectual freedom claim by a university physicist who was fired in part over his public statements that scientists exaggerated damage to the Great Barrier Reef caused by climate change.

Five High Court judges Wednesday unanimously dismissed physicist Peter Ridd’s claim that he had been unlawfully dismissed in 2018 by James Cook University in the Queensland state city of Townsville.

The court ruled that a clause in his employment contract that protected his intellectual freedom was not a “general freedom of speech” clause and did not protect him from being fired for serious misconduct under the university’s code of conduct.

Education Minister Alan Tudge said he would take advice on the ruling’s implications to the university sector.

“While I respect the decision of the High Court, I am concerned that employment conditions should never be allowed to have a chilling effect on free speech or academic freedom at our universities,” Tudge said in a statement.

Ridd had worked for the university for 27 years, headed the physics department, and was ranked by ResearchGate, a European commercial social networking site for scientists and researchers, within the top 5% of researchers in the world.

His final censure followed a 2017 Sky News interview in which he criticized two scientific organizations closely linked to the university: Australian Research Council Center of Excellence for Coral Research and the Australian Institute of Marine Science. It is located at the university and the researchers from the university work closely together.

The university welcomed the ruling, which had 18 findings of serious misconduct not protected by the intellectual freedom clause.

“James Cook University at all times has made clear that it strongly supports the pursuit of intellectual enquiry and the freedom of staff to engage in academic and intellectual freedom,” the university said in a statement.

The Institute of Public Affairs, a Melbourne-based conservative think tank that has published Ridd’s views on climate change, said it was dismayed by the High Court ruling.

“This decision proves Australia’s universities are in crisis and a culture of censorship is overtaking Australia,” the institute’s executive director John Roskam said in a statement.

UNESCO has recommended that its World Heritage Committee add the world’s largest coral reef ecosystem to the World Heritage in Danger list, mainly due to rising ocean temperatures.

The reef has suffered significantly from coral bleaching caused by unusually warm ocean temperatures in 2016, 2017 and last year. Two-thirds were destroyed by the bleaching. 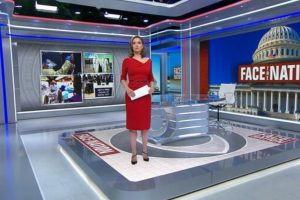